I’m completely repulsed by the whole fame situation, yet I still seek it and I don’t understand why. 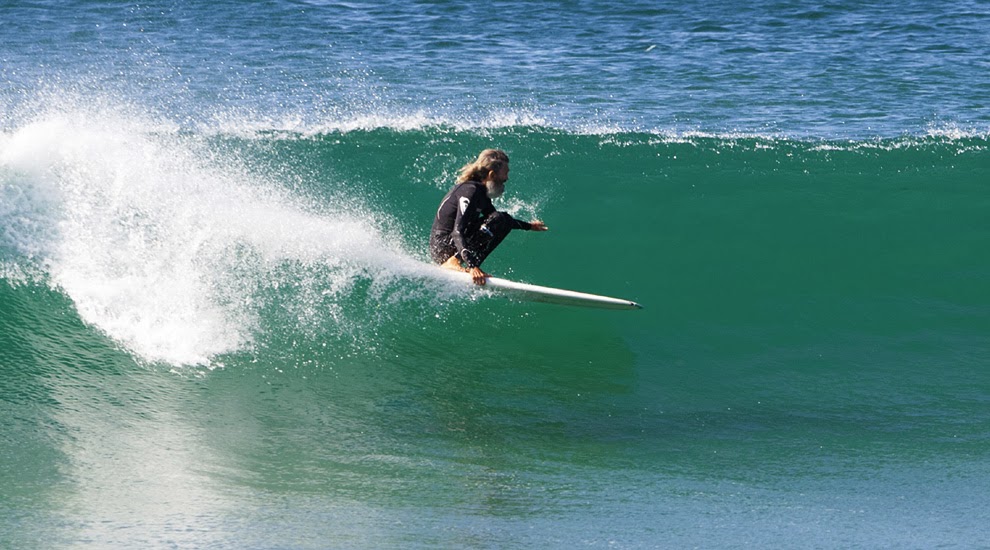 Brightly burning surfer from Costa Mesa, California; the first regularfooter to ride inside the tube at Pipeline in Hawaii. Peck was born (1944) in Los Angeles, the son of a navy pilot, and raised on or near military bases in Virginia, Texas, California, and Hawaii. He began surfing at Coronado, California, at age 15; later that same year his family moved back to Waikiki.

Peck placed fourth in the juniors division of the 1960 Makaha International, and returned the following year to finish third, but was virtually unknown in the surf world until New Year’s Day, 1963, when he and California switchfooter Butch Van Artsdalen put on a fantastic display at Pipeline, with Peck spontaneously inventing a low-crouch stance, his right hand grabbing the rail of his board, that allowed him to ride high and tight to the curl. That summer, Peck’s thrilling Pipeline rides were the highlight of three surf movies, Angry Sea, Gun Ho!, and Walk on the Wet Side.

Peck developed into one of surfing’s most unusual characters. He was arrogant enough to wear a T-shirt with YES, I’M JOHN PECK stenciled across the back, and honest enough to admit to a surf journalist that he’d become “schizoid; I’m completely repulsed by the whole fame situation, yet I still seek it and I don’t understand why.”

Peck took fifth in the 1963 West Coast Championships, second in the 1963 Malibu Invitational, and third in the 1966 United States Championships. A victory in the 1966 Laguna Masters earned him a new Honda motorcycle. The Peck Penetrator, a noseriding model made by Morey-Pope Surfboards in Ventura, debuted in late 1965 with ads and brochures featuring Peck dressed as an impeccably-groomed British mod. (Well-preserved Penetrators would become collectors’ items in the late ’90s.) …